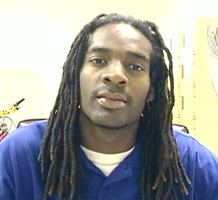 Stacy is a very talented young man, both academically and athletically. He comes from a family which consists of five brothers, one sister and a disabled mother. Growing up he was a dear friend to mischief and chaos. Stacy needed someone and something positive to put him on the right track. He needed a hand up. Stacy came into the Middle Georgia Consortium seeking out what he needed to fulfill his life. He needed a job in order to earn some money. He needed a break. He needed someone to believe in him. He needed a chance to prove himself. Stacey applied to work on the WIA program and met the eligibility requirements. Stacey was placed at the Goodwill Store. At Goodwill, Stacey would fit in just fine and have space to be himself. The site provided work uniforms; thereby eliminating another obstacle. Stacy went through an adjustment period, but settled in and functioned successfully. He was going into his Senior Year and thought that he would be graduating, but was short some credits which he failed to earn early on. It was evident that maturation was setting in, because Stacey's conversations and demeanor grew to be serious in nature as he pondered over his dilemma. The Middle Georgia Consortium remained supportive because we are determined to see Stacey earn his High School Diploma and spell success with a capital "S". Stacey's high school graduation went off without a hitch. On May 28, 2011 Stacey walked across the stage at the Miller-Murphy Building at the Perry Agriculture Center to receive his high school diploma. His face was fully illuminated with overwhelming joy. A sense of pride radiated from Stacey and cast a spell of assurance that he had successfully completed a major hurdle in his life. He continues to work as a full-time employee at Goodwill on Moody Road in the city of Warner Robins, GA. Stacey has also begun his post-high school studies at Middle Georgia Technical College. Stacey credits the Middle Georgia Consortium and the WIA Program for helping him to realize that he can have a better quality of life. Knowing this; he greets each new day with the attitude that he's been given another opportunity to reach that pinnacle in his life.